Last Friday afternoon, sunny skies arrived instead of the predicted rain. So, instead of taking our 9-year-old tripawd pit bull girl Phoenix for a neighborhood walk, we drove 35 minutes north from Eureka to Patrick’s Point State Park. 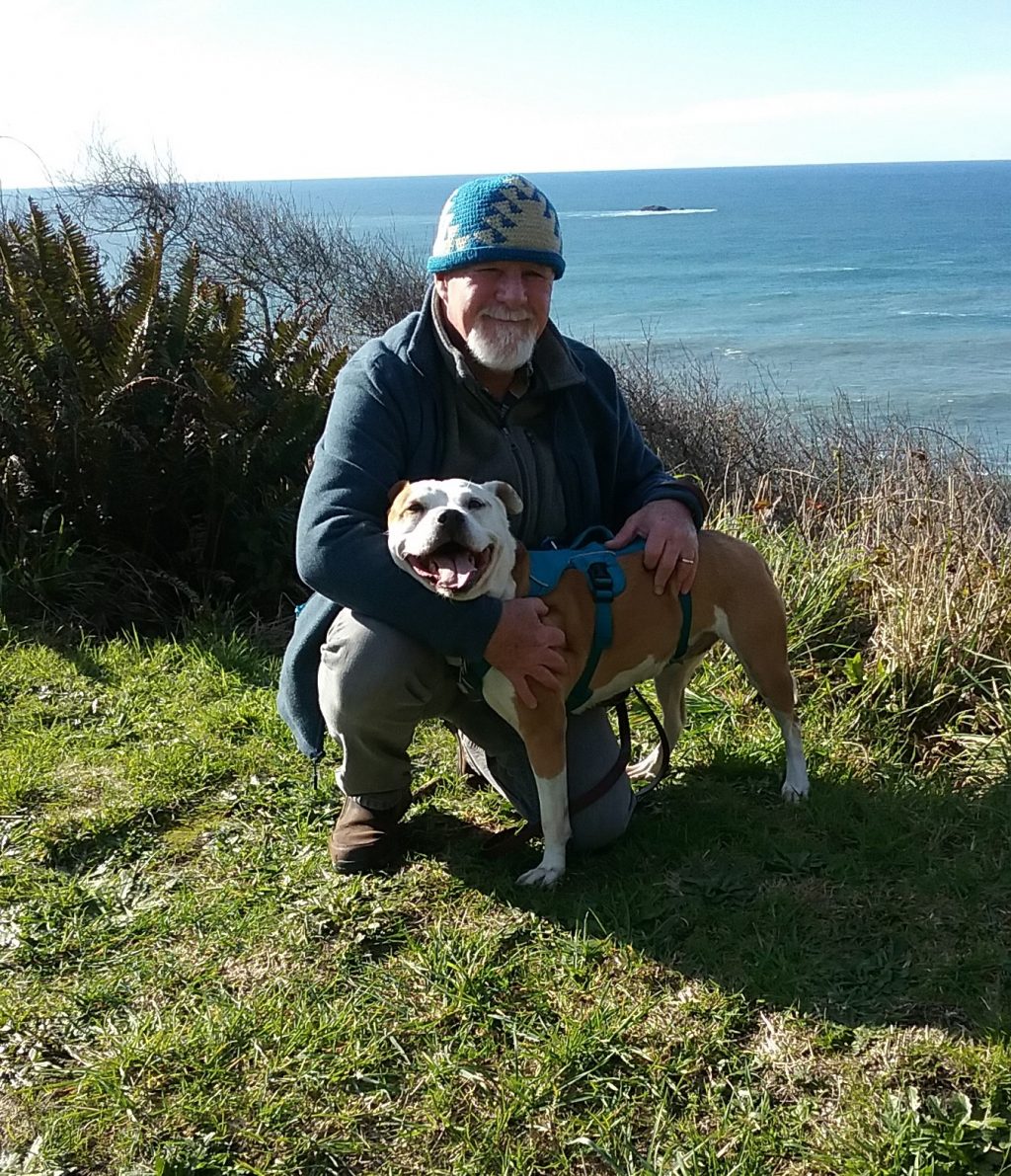 At the park, Phoenix walked on familiar roadways [animals aren’t allowed on the trails] twisting through the giant sitka spruce forests. She had a great time and, when the walk was over, she was ready to rest on the truck’s tailgate. My wife took a shot of Phoenix & myself on a bluff overlooking the Pacific.

One thought on “Four years post-surgery, she still walks through forests”