Yesterday–Sat., Aug. 11–tripawd girl Phoenix attended the 23rd annual Woofstock on a sunny, cool afternoon along the Eureka Waterfront in Northern California. This “festival,” which benefits the Sequoia Humane Society and its adoption shelter, ran from 10 a.m. to 4 p.m. Although Phoenix didn’t get there in time for the morning canine conga line, she did meet many dogs–including a 9-years old tripawd lab named Phoebe. Phoenix also came face-to-face with Solo (another pit bull from Eureka) for the first time, became fast friends and had their owners (John & Neil) pose for a photo (taken by Arlette Large). When Phoenix got home from  75 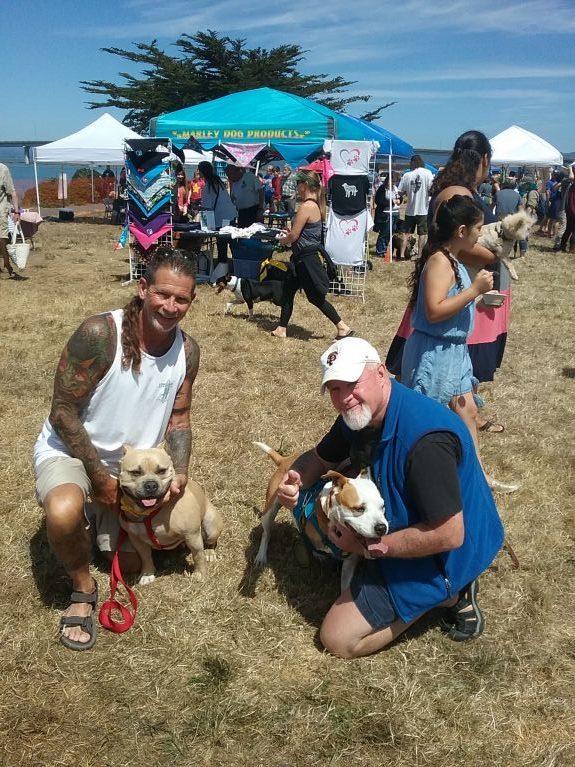 -minutes at Woofstock, she was so tired and content that she conked out on her favorite living room chair for about four hours. A beautiful day in the life of a happy hopping tripawd girl.